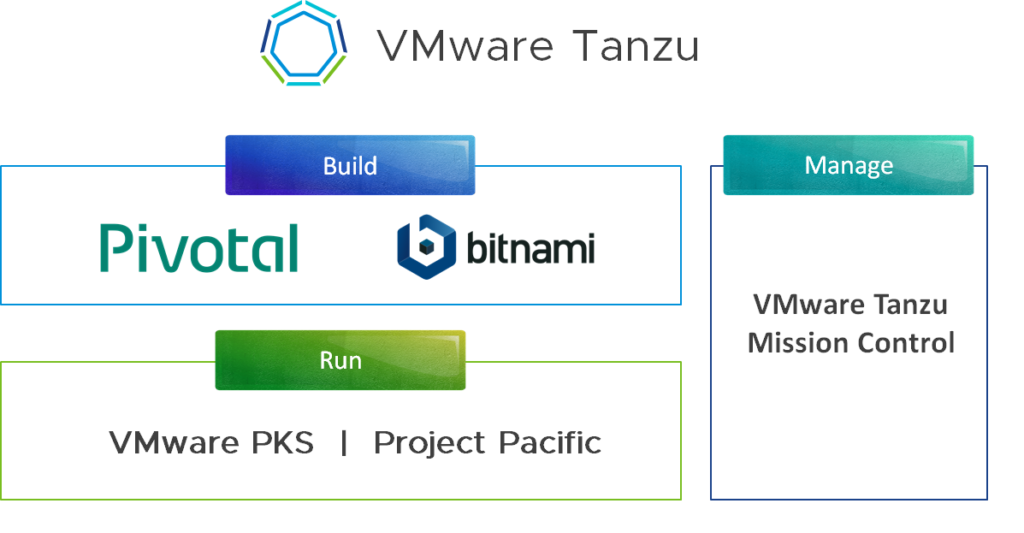 Tanzu Mission Control (Tanzu MC) is the cornerstone of the Tanzu portfolio and should help to relieve the problems we have or going to have with a lof of Kubernetes clusters (fragmentation) within organizations. Multiple teams in the same company are creating and deploying applications on their own K8s clusters – on-premises or in any cloud (e.g. AWS, Azure or GCP). There are many valid reasons why different teams choose different clouds for different applications, but is causing fragmentation and management overhead because you are faced with different management consoles and silo’d infrastructures. And what about visibility into app/cluster health, cost, security requirements, IAM, networking policies and so on? Tanzu MC let customers manage all their K8s clusters across vSphere, VMware PKS, public cloud, managed services or even DIY – from a single console. 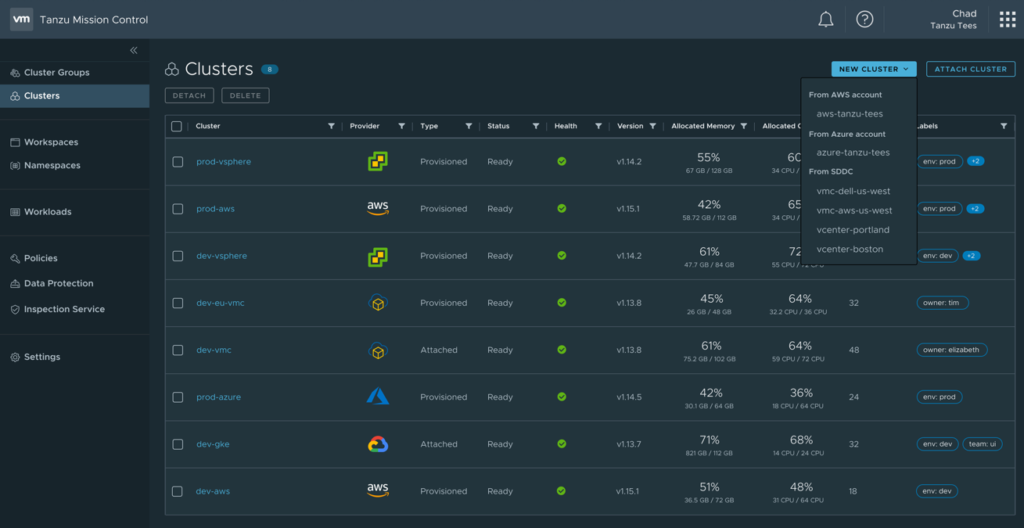 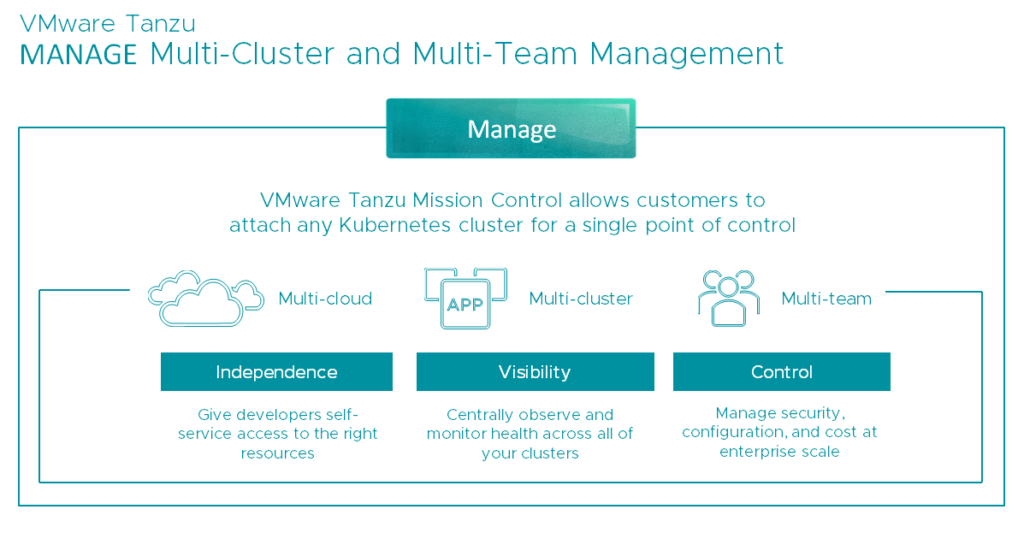 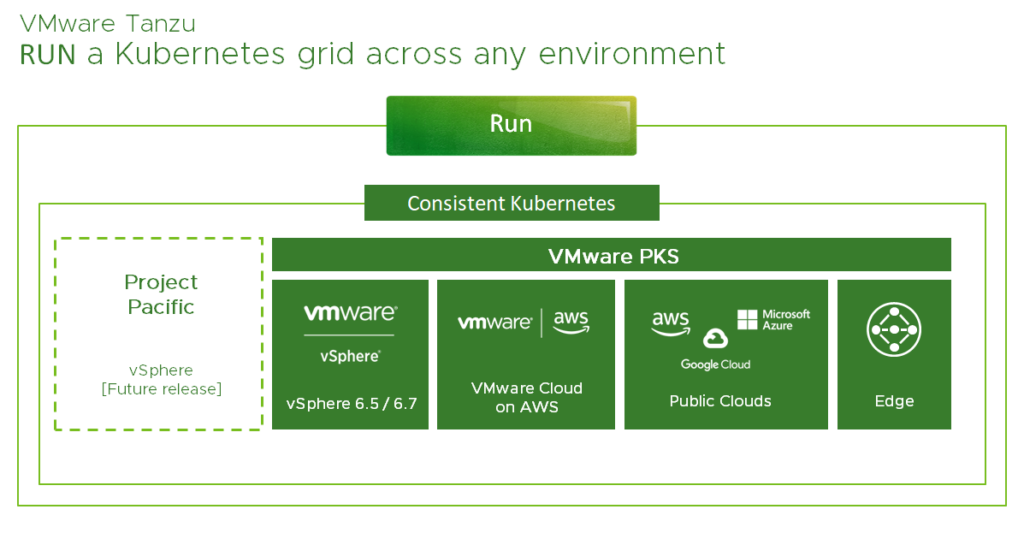 Meaning, that TKG is based on open source technologies, packaged for enterprises and supported by VMware’s Global Support Services (GSS). Based on these facts we can say, that today your Kubernetes journey with VMware starts with VMware PKS. PKS is the way we deliver the principles of Tanzu today – across vSphere, VCF, VMC on AWS, public clouds and edge. 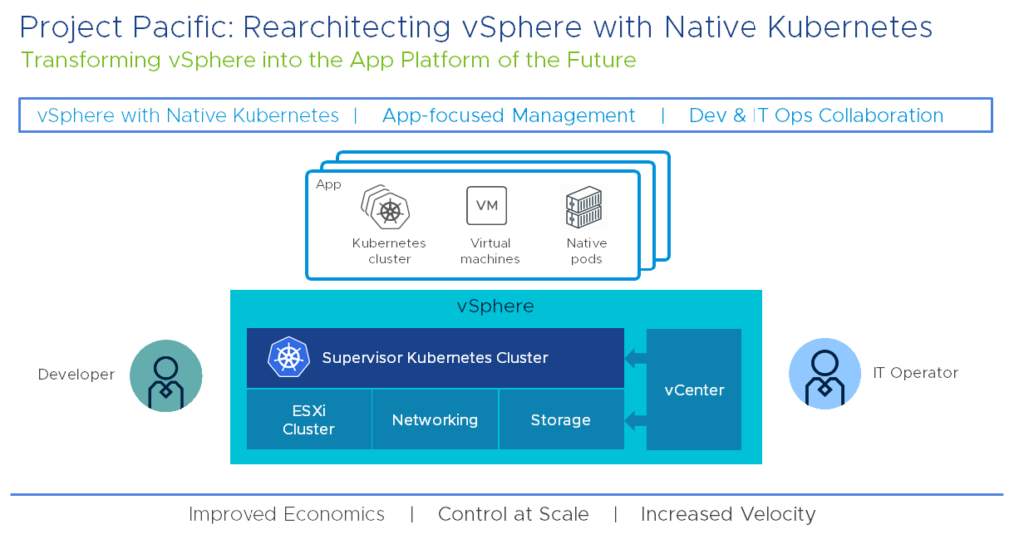 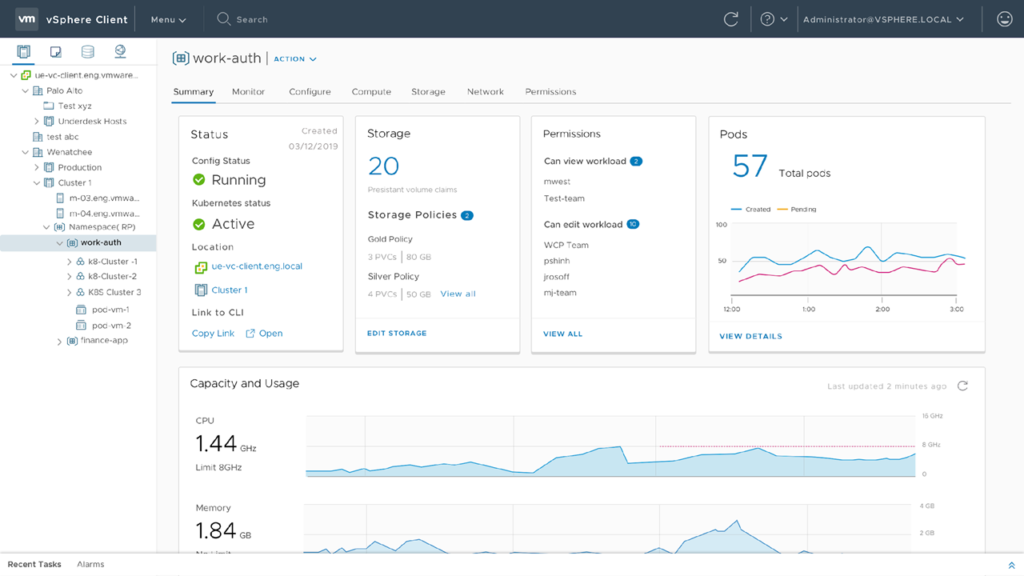 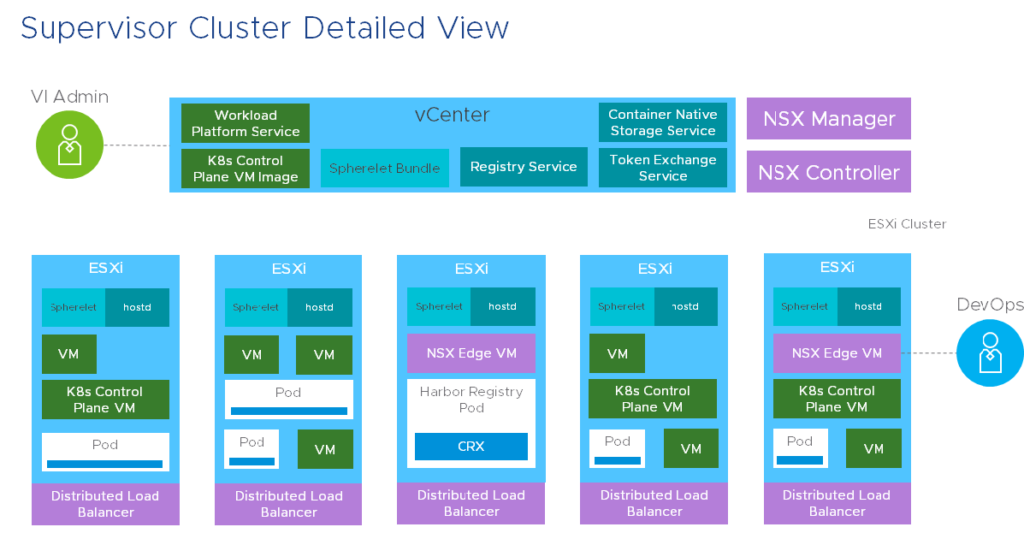 From this slide (from session HBI1452BE) we learn that a load balancer built on NSX Edge is sitting in front of the three K8s Control Plane VMs and that we’ll find a Distributed Load Balancer spanned across all hosts to enable the pod-to-pod or east-west communication.

We hear rumors that Pacific will be shipped with the upcoming vSphere 7.0 release, which even should include NSX-T 3.0. For now we don’t know when Pacific will be shipped with vSphere and if it really will be included with the next major version. I would be impressed if that would be the case, because you need a stable hypervisor version, then a new NSX-T version is also coming into play and in the end Pacific relies on these stable components. Our experience has shown that the first release normally is never perfect and stable and that we need to wait for the next cycle or quarter. With that in mind I would say that Pacific could be GA in Q3 2020 or Q4 2020. And beside that the beta program for Project Pacific just has started!

Nevertheless I think that Pacific and the whole Kubernetes Grid from VMware will help customers to run their (modern) apps on any Kubernetes infrastructure. We just need to be aware that there are some limitations when K8s is embedded in the hypervisor, but for these use cases we can deploy Guest Clusters anyway. 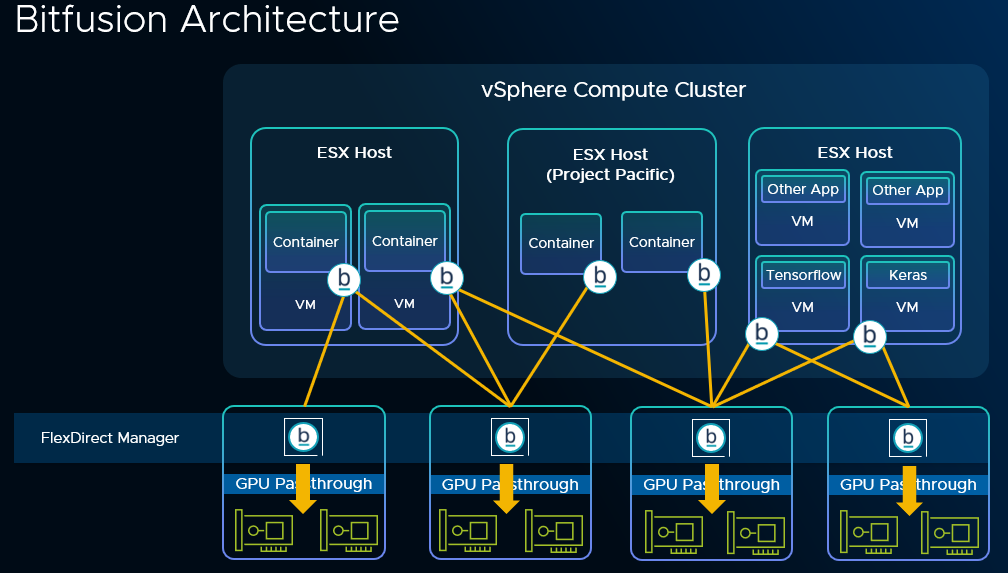 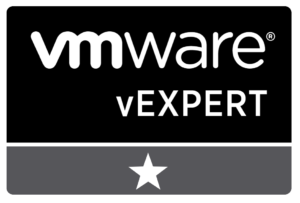